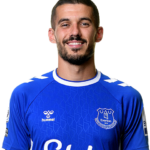 The defender, who captained Wolves for the past four seasons, was a hugely influential figure at Molineux both on and off the pitch.

Born in Merseyside, Coady’s journey began at Liverpool’s academy as a 12-year-old and he went on to captain the club’s Under-21 side and make two senior appearances for the first team against Anzhi Makhachkala and Fulham.